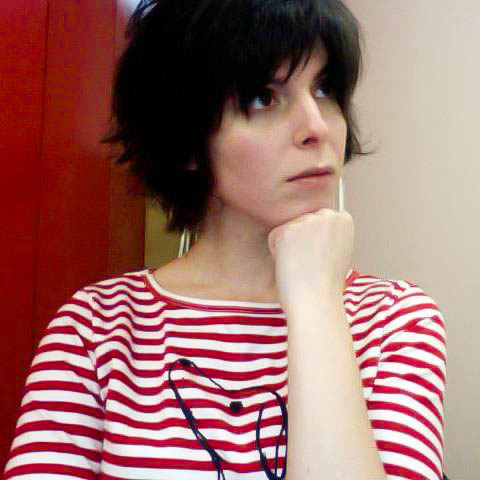 Julie wants to understand dogs on their terms and she hopes you will join her on the journey. She has conducted research on dog behavior, cognition, welfare, and common anthropomorphisms with Alexandra Horowitz’s Dog Cognition Lab at Barnard College in NYC and with the Family Dog Project at Eötvös Loránd University in Budapest.

For six years, she maintained the Dog Spies blog on Scientific American, and she and fellow researcher Mia Cobb promote companion animal behavior and welfare at Do You Believe in Dog?. Julie’s writing has appeared at The Bark magazine, and she holds lectures for student groups of all ages and dog enthusiasts.

Julie received a Masters with distinction in Applied Animal Behaviour and Animal Welfare from the University of Edinburgh Royal (Dick) School of Veterinary Studies. Her interest in ethology (animal behavior) began at The University of Wisconsin-Madison in Patricia McConnell’s Zoology class. She is very happy she took that class.